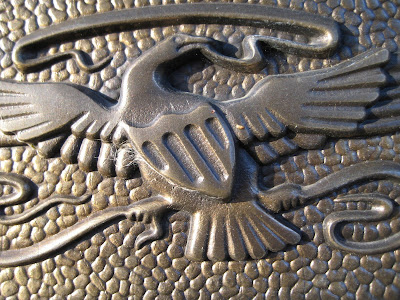 THE WINNING WAY
The worst of all our ways is one called War,
Though one that we’re least likely to deplore
Because somehow it satisfies our lust
To be superior, secure—or bust!

And thus we glorify necessity,
Romanticize toughness and bravery,
Invoke the curse of cowardice on those
Who quail, and idolize the gallant pose.

That height of manliness, the Warrior,
Demotes what’s soft to what’s inferior;
What’s gentle, nurturing, kind, compassionate
Is vilified as but effeminate.

And yet what force is mightier than love
That conquers hearts, no eagle but a dove?

Know that all war is horror, war is hell,
And he who thinks it Glory has a spell
Upon his brain, a wicked fantasy
Some devil casts for his captivity.

He sees himself in dazzling uniform
With armor to defend him from all harm,
Believing he lives charmed, invulnerable,
Not contemplating that his head’s a skull,

Upon which, in his hand, a Hamlet may,
In some performance of that bygone play,
Reflect upon the vanity of pride
In those who have true manliness belied.

To be a real man is to seek peace:
Let bitter hatred pass and love increase.