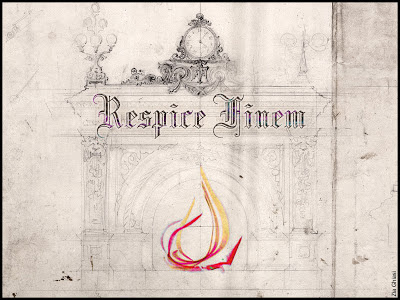 Respice finem means to heed your end,
An ancient admonition to regard
Your wandering from the rightful way and mend
Your errancy on courses so ill-starred.

To know: to apprehend, to understand,
To hold a thing or thought with certainty,
Is different from believing on command,
Taking on faith, as with a deity.
The first, by fact or logic’s evident;
The other, one may hope, is heaven sent. 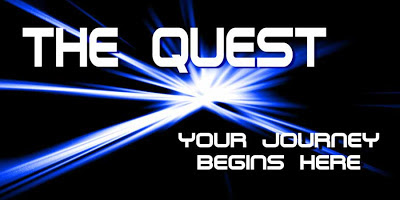 Cats are curious, sometimes perilously.  Dogs are curious, mainly about scents and intruders.  All creatures are searchers, if only for food, shelter and mates.

But human beings might better be nominated Homo questor than Homo sapiens, since sapience is more our aspiration than a generic trait.  Homo questor is the perennially seeking species, curious and inquisitive about all things great and small, deep and shallow.

That intelligence which affords us the power to develop languages thereby gives us the means to inquire, to articulate questions and develop answers to communicate to others.

So avid is our curiosity that we sometimes pose and ponder questions so perplexing that they have been dubbed enduring questions or perennial questions, to be revisited generation after generation, era after era: What is the meaning of life?  Is there life after death?  Does evolution have a goal?  What is the Good Life?

One might even ask, “Why do we ask questions?”  One answer is that we do so because we can, and we might assume that the universe has made us so that it can be conscious of itself.

Now who put us up to that? 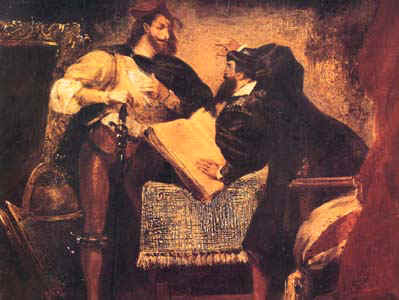 
“Why this is hell, nor am I out of it.”
—Marlowe’s Mephastophilis

No, hell is not hereafter—hell is here,
And heaven, too, for those who merit it.
There is no afterlife you need to fear
To which your severed soul will finally flit:
This Earth, this present life, is all there is,
One opportunity to make the best
And prove yourself a loser or a whiz:
To live well here and now is mankind’s quest.
Yet if that ancient fable helps you fare
More righteously, expecting a reward,
Or when calamity befalls, to bear
Your pain and find emotional accord,
Then put your fancy to its highest use
And let your blissfulness be your excuse. 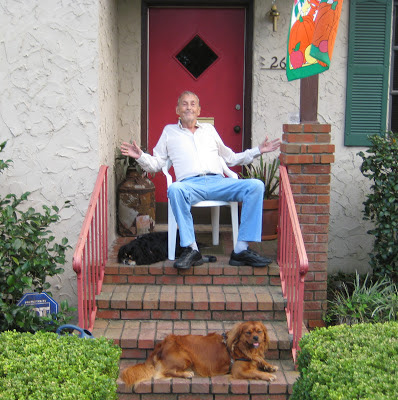 It’s not how someone dies that’s bad or good,
But whether one has lived as humans should—
Humanely, with a care for the well-being
Of others in their needs, since that is freeing;
While otherwise—self-centered, clamped and cold—
Reveals a soul like Faustus’ that’s been sold
To purchase vain delight and fickle pleasure,
Imperiling a human’s only treasure:
Our precious essence of integrity,
That holy wholeness we are meant to be.
The end of all our race is to be well,
Yet failing that high goal, we end in hell.

Posted by Alan Nordstrom at 5:18 AM 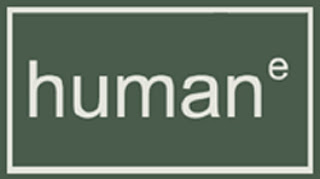 Although our race seems naturally insane,
We have it in our hearts to grow humane. 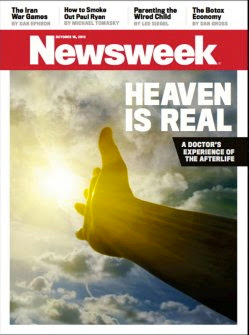 Perhaps it’s true that Heaven above is real,
As even now one neuroscientist
Attests, making a rational appeal
Against what other scientists insist.
Although his neo-cortex was shut down,
And he was thus incapable of thought,
He yet could see a world beyond renown,
A glorious realm of light where he was taught
By grand seraphic beings’ wordless speech
That all the Universe is filled with love
Eternally and, just as pastors preach,
This world will be surpassed by that above.
Yet even this won’t quell the skeptics’ doubt
Who’d rather wait to see what he found out. 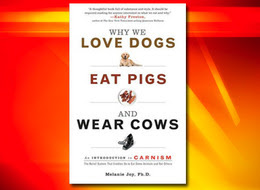 THAT’S JUST HOW THINGS ARE, RIGHT?

Racism and sexism are attitudes or ideologies tacitly accepted by people who have grown up with them in a culture that endorses such beliefs.  That Whites are superior to Blacks or that husbands should rule wives goes unquestioned and enforced in such cultures, and accepted as normal.

Although these two cultural norms have been radically challenged in America in recent decades, another such norm, another appalling premise is only now beginning to be widely opposed, though this atrocity harms not people but animals.  Call it carnism: the widely-held belief that raising cows, pigs and sheep to be slaughtered and eaten is morally acceptable, an unquestionable good for those who choose to do so.  Some anti-carnists would also include not eating fish and fowls.

Meat lovers will quickly rise to the defense of their prejudice, even denying that it is a prejudice, and arguing for meat’s nutritional necessity, or citing the humane procedures now practiced in raising and killing cows, pigs and sheep in this country.  They will cite history and pre-history to demonstrate that human beings—male and female; Black, White, Red and Yellow—have been carnivorous forever and of necessity: we thrive on animal protein, just as do carnivorous animals in the wild that prey on other animals for sustenance.  So goes their case.

Vegetarians and vegans, of course, beg to differ, citing their own success in remaining healthy by eating only plants, perhaps supplemented with eggs, and fortified with minerals and vitamins.  Their consciences are clean of participating in a system that breeds and raises certain highly sentient animals (which are themselves vegetarians) for the sole purpose of becoming our food.

In a summer job during college, I worked for an architect who was drafting a survey of a meat-packing plant on the outskirts of Buffalo.  My job was to hold one end of a tape measure while the architect sketched the dimensions of the sheep and cattle pens, the storage area for piles of furry pelts sprinkled with rock salt as a curing agent, and the slaughter house itself, where soon-to-be steaks and chops were tied by their rear ankles then hoisted upside-down on a conveyer track shunting them to where a rabbi slit their throats— this being a kosher butchery.

You might expect that I’ve just recounted a turning point in the life of my eating habits.  But no.  Just as, only a few summers earlier, at twelve, when I spent my vacation by traveling alone by train to Bradenton, Florida, and visiting with my grandparents who had retired there.  It was on that trip that I first saw White Only rest-rooms and water fountains, and somehow tacitly accepted such segregation as normal, even though customs in Buffalo were different, and we merely expected Blacks to live in their own poor section of town and work in menial jobs.

A few years later, it never occurred to me that something else was amiss until Wally Gibbs, a more progressive classmate of mine, protested the situation and urged our headmaster to admit non-white students to our private high school.  Such is the cultural spell we live under, the Spell of the Norm, the tacit acceptance of The Way Things Are.

And even now I still eat meat, though less of it, and usually not red meat.  But habit still trumps visceral revulsion and moral outrage.  It still hasn’t sunk in to my soul.  I would, however, never knowingly eat a Golden Retriever.

What prompted me to write this essay was watching an interview with Melanie Joy, author of a new book, Why We Love Dogs, Eat Pigs and Wear Cows.  That interview is accessible here: 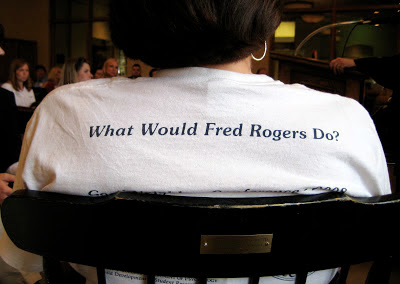 SPIRITUAL  =  HUMANE
To attend to the “spiritual” dimension of human development is to focus on what makes a human being humane.
Humane (or humanitarian) qualities of character are expressed in such virtues as


Loving-kindness
Generosity
Self-sacrifice
Temperance
Justice/Honesty
Fortitude
Courage
Reverence
Patience
Modesty.
Therefore, that educational program or process which inculcates and encourages these virtues may properly be regarded as a spiritual education.
Although our race seems naturally insane,
We have it in our hearts to grow humane. 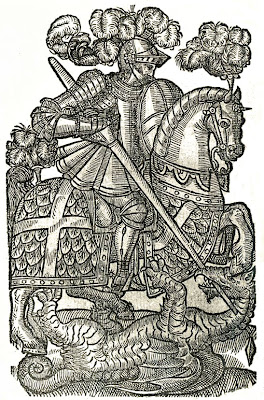 This stanza that the poet Spenser made
To tell his tales of knights in Arthur’s time,
Consisted of an interwoven braid
Of lines, each ending with a patterned rhyme
In what became a classic paradigm
That poets ever thence would reengage,
Though few could fashion verses so sublime
As this great master of the Golden Age—
Except that Stratford man who ruled both page & stage. 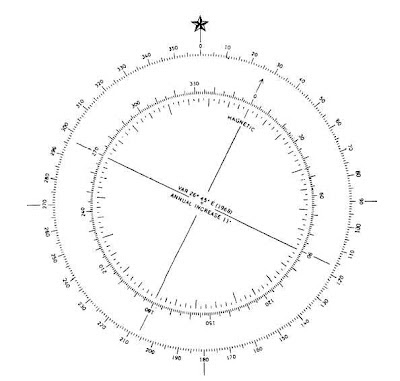 RECKONING
Wherever I may wander on this Earth,
No matter how both Fate and Fortune swing,
I aim to keep a steady reckoning
And orient my course toward True Worth.