THE PROGRESS OF IDEAS
I assume that progress of a kind does indeed occur over the course of human history, even though it often seems we grow more monstrous with the passing centuries.

The undeniable kind of progress we human beings have achieved, however erratically and slowly, is conceptual progress, intellectual progress: the progress of ideas.

Not until we Homo sapiens devised the novel technology of language did we possess the means for forming and communicating concepts amongst ourselves. But then, as our languages grew ever more complex and subtle, our minds could grow able to grasp larger, more sophisticated ideas as functions of not only verbal languages, but also mathematical, musical, and geometrical languages, as well as other symbol systems by which we have reckoned, retained, and elaborated our ideas. These bodies of articulated ideas we call “cultures.”

Although individual human beings in our innate natures continue no less prone to sin and disgrace than were the mythical Adam and Eve, even so, cultural and societal evolution over eons has gradually developed values and institutions superior to those in primal times.

Ideals and habits of justice and dignity are now growing stronger and more pervasive on Earth (despite pockets of despotism in one or another regressive regime). Dreams of Universal Human Rights and a Global Ethic no longer seem naïve and ridiculous, but approachable.

Even what some have dubbed a Wisdom Culture may presently be emerging from the shards of earlier institutions less humane and egalitarian than what we can now more clearly recognize as our dying Dominator Culture of competitive disdain for others.

To articulate this new Wisdom Culture ethos is humanity’s urgent challenge today. To live less than wisely on so endangered a planet as Earth has now become suicidal for our own species and ecocidal for all others.

Clearly, to do this entails knowing good from bad, which you must discern through experience and instruction.

Fundamentally, though, you soon learn that being treated kindly, gently, and lovingly is good, and that behaving likewise toward others is equally good.

Bad behaviors proliferate into many subtle forms of self-centeredness, rather than other-centeredness (which is the singular way of careful love).

To say all this simply and clearly is not hard when you are calm, clear-headed and contemplative.

But once your day’s business begins and people’s interests start to clash, then comes the challenge to keep charitable love in your heart and to see everyone else as worthy of your kind and gentle care, genially bestowed.

Being good is a full-time job. 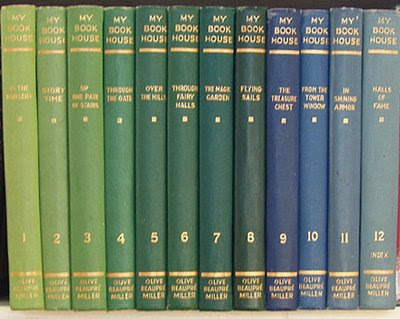 THE REAL ESTATE OF MY SOUL
The difference always between my Dad and me was that Dad was into real estate, and I was into imagine escape.

Dad the civil and industrial engineer, Dad the buyer and manager of housing units, Dad the appraiser and developer of large-scale commercial properties—my Dad had a different sort of soul than I.

My Mom, if only by default, became my soul’s shaping influence. Since Dad was off to War for five of my youngest, most formative years, it fell entirely to Mom to care for me and educate me with stories and poems—Uncle Wiggly, Uncle Remus, The Child’s Garden of Verses, the giant Book House series—all to be read to from, and in time to read on my own.

Surely that’s what shaped my soul as an English major, English teacher, and English professor, one who loves to read and write, one who relishes imagining and inventing, and one who attends very little to real estate.

Dad’s influence on my character was strong but antagonistic—we wrestled for my soul until he died at 58 when I was 29. Since then, unreal estate has prevailed—happily ever after.

Serenity, tranquility does fine
For monks reclusive in their mountain caves,
Praying to make their settled souls align
With God before descending to their graves.

But we who mean to live ecstatically
Across the gamut of all human being
Throw ourselves wide to the perilous sea
Heedless of wrack, no misery foreseeing.

Let come what may, it’s only Thrill that counts:
Skydiving down before the ripcord pull,
Hurtling around the raceway bound to trounce
Our rivals at the flag—that makes us full.

OUR HUMAN MISSION
If there is no “God”—a “Supreme Being” endowed with the various virtues and powers that our mythologies have imagined—there is nonetheless our human sense of wonder, marvel, and mystery.

There is, in our contemporary consciousness, a capacity to be amazed and awestruck at the intricacy and infinity of the universe.

We cannot help but recognize the pervasive intelligence being manifested by the processes of cosmic and earthly evolution. The fact that we conscious human beings exist and have evidently evolved from simpler life forms, which in turn evolved from inorganic matter, which evolved from the dust of exploding stars, which evolved from an originating cosmic explosion—blows our minds.

And that our own intellect proves capable of fathoming these amazing processes with ever-greater clarity of insight signifies our own importance in the self-revelatory process of the Cosmos’ evolution.

We are the means (probably only one of many) by which the Cosmos is growing self aware.

From which it seems to follow that we are “intended” or “designed” or “destined” to continue cultivating our sciences of comprehension, and to extend our intellectual capacities endlessly.

This is our mission.

“TO THINE OWN SELF BE TRUE”
The most important goal in my life has been to discover who I truly am, as opposed to being deceived by many false images on which I might have modeled myself (alluring and beguiling though they may have been).

My calling, and I think everyone’s calling, is to become oneself, to come into full accord with one’s essential self, the being that one is born to be.

Who I am, I need not try to describe. Meet me and you’ll see.