WHAT IS A REVOLUTION?
Is a revolution a turning back or reversal of course, as etymology suggests?

The kindred word revolt implies a turning against (as against oppressors) or an overthrow (of some established order).

Revolution seems to say more about futurity than about history and implies a breakthrough to a new and better order, at least from the viewpoint of the revolutionaries. Revolution is a word implying progress from a condition that is constricting or stultifying, and implying liberation into new, fresh possibilities, perhaps into more complex and comprehensive forms (as, for example, from the simplistic geo-centric model of the heavens to the helio-centric model of a solar system).

Thomas Kuhn’s concept of a paradigm shift refers to the revolutionary metamorphosis of our conceptual models such as the Ptolemaic versus the Copernican cosmological schemes. Kuhn’s term has since been appropriated (and misappropriated) to describe many other kinds of mental models, metaphors or memes by which we try to make sense of phenomena and conceive of “reality.”

Many revolutions do turn out to be progressive (“provolutions,” so to speak) and lead to valuable novelty, complexity, and comprehensive reconfigurations. Others, though, appear in hindsight simply revolting (pun intended), such as the Russian Revolution that eventuated in Stalinism, or the system now current in North Korea; yet such outcomes as those may be regarded as hi-jacked revolutions, with the ideal of radical democratic equality having been perverted by oppressive reactionary dictators.

The potential for continuous revolution seems implicit in the nature of the cosmos, which appears to be ever-changing and continuously complexifying: from pure energy to the coagulated energy of stars to the exploded energy of stars turning to stardust, the stuff of which we and our geo- and biosystems are made.

Our incipient Rollins Plan general education program studying the theme of revolutions is, I would say, our collective intellectual effort to comprehend the processes of progressive change so that ultimately we may become change-makers able to anticipate, envision and facilitate improvements (wise changes) in our world. 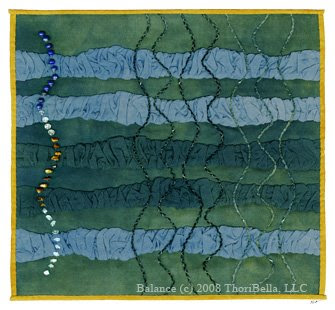 LOGIC + EMOTION = REASON
Human beings need to reason together in order to carry on decent dealings with each other. Logical thinking and argumentation are one means by which we exercise our mutual transactions, but our reasoning also involves our emotions, since “the heart has its reasons that reason [i.e. logic] knows not of,” as Pascal observed.

Feelings and intuitions are as important as syllogisms when we negotiate among ourselves, working to find understanding and accord. Neither proof nor passion but persuasion is the goal of our negotiations. We aim to be rationally persuaded as to what is best for all parties. The good sense that emerges from such reasoning is a function of both logical sense and emotional sensibility conjoining to that end. 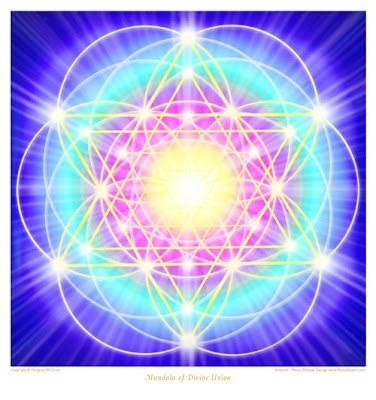 ON FEELING GOOD
Our fundamental problem as human beings is making ourselves feel better, and since we are such complex creatures, with so many ways of feeling bad, our prospects for feeling good and maintaining that feeling are slim.

Humanity’s discontents are hydra-headed: “Down, wantons down!” we shout at them, but we suffer incessantly as the bliss of satiety slips evermore away.

Then, as if the discontents of our animal appetites were not enough, add to those our intellectual longings after greater knowledge, power, and dominion, far beyond the capabilities of beings unendowed with frontal cortexes, languages and egoic aspirations.

Finally and ironically, add the hunger called “divine discontent,” a spiritual craving for the transcendental satisfaction of “salvation.” Our presumed Deity invests us with yearnings for the Ultimate.

Where then is bliss, enduring fulfillment, other than in death? Are we forever condemned to walk or crawl the Earth longing, striving and starving?

Or is there some magic well we might discover where we can draw up the elixir of delight, enlightenment and absolute content?

Such is the quest of the human spirit, and no surrogate anodyne can sate our spiritual cravings. Only the bliss of union with the divine spirit can quench this ultimate thirst.

If you would feel good, seek that.

So say the seers and sages of all eras.

ON BELIEVING AND SEEING
Seers aren’t believers; they’re knowers. Believing is what blind people do: they take at second-hand as true what those who truly see have learned first hand, by their immediate experience.

And when it comes to spiritual matters, those who are simply religious, having received the supposed truths of religious dogma via catechism and indoctrination, must defer to those who have gained direct and personal spiritual insight by virtue of their transcendental, mystical vision—those, that is, who have become spiritual seers.

So many delusions and toxic beliefs have been spread in the name of religions, leading to discrimination, conflict and the ultimate oxymoron of ‘holy wars,’ that what the world needs now, more urgently than ever, is that we, its lethal dominator species, who are a threat to Earth’s entire biosphere, become enlightened by a global spiritual awakening that reveals to all human beings the imperative of love, care and kindness as the true way of the world.

Not that this teaching is foreign to the so-called disciples of Jesus, Mohamed, Lao-tse, and the Buddha, among others—these seers and sages have all taught the essential kinship of humankind with each other and with all forms of life on Earth. We humans are an intrinsic strand in Earth’s web of life and the foremost product on this planet of the cosmos’ evolutionary thrust in terms of consciousness, self-consciousness and manipulative intelligence.

Our conscious intelligence, however, has not yet matured, species wide, into that wisdom we now need to guide and constrain our potent and potentially lethal intelligence. Only spiritual insight, directly apprehended, can bring us the maturity we need to restrain our follies and viciousness, and to realize the humaneness of our full humanity.

WHAT IS A PERSON OF FAITH?
As a Person of Faith you trust in the supremacy of love and goodness over enmity and evil. You trust that your supposed enemies are in fact your wayward brothers and sisters who have lost the way of kindness and generosity, and who must be treated with all possible humanity and care, even as you defend against them, working to disarm their rage and hostility, while bringing them into the light of love and goodness. 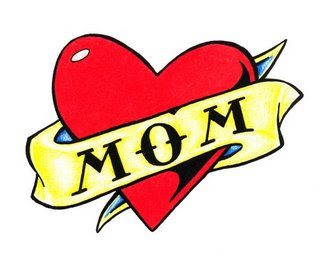 WHEN SHOULD I CALL IT QUITS?
At what point, far in the future, I hope, should I say, if I have the choice: “It’s time to die”?

Let’s say that by then there’ll be no more debate about my right to make and carry out such a decision. That there will be neither legal nor metaphysical constraints, and free choice in the matter will be mine, along with whatever humane means and assistance are necessary to accomplish my will in the manner I determine.

I’ll then declare something like this: “I, being of sound mind, though not of body, do solemnly and with all due consideration, declare that I freely choose to depart from this world of the living, that I have no further prospect of usefulness or enjoyment by continuing my mortal existence, and that I now wish to conclude it.”

Many before have chosen suicide, most of them for bad reasons and are therefore rightly lamented or condemned for their rashness or unwisdom. All of those bad decisions I would say proceeded from mental and emotional aberrations that might have been cured or corrected by salutary interventions that brought the perpetrators to clearer judgment and their “right minds.”

Joy is probably the key to our will to live. When there is finally no way to ignite and preserve the flame of delight in a life consumed by pain and purposelessness, then suicide presents itself as a solution. However, despair and depression must be distinguished from absolute and irremediable joylessness, to the extent that despair and desperation are treatable and subject to alleviation.

The feelings of others are another relevant factor you need to consider, since their joy may well depend on your survival. When my ailing 83-year-old mother determined to depart, she persisted in persuading her three children of her firm determination that she no longer cared to hang on to a life increasingly debilitated and painful, despite the good services of doctors and caregivers. She had had enough, the joy of living on was gone, she did not wish “to be a burden,” and she was ready to go. She was courageous and determined in her decision.

And at last I came to see that she was right.

First you’re born
and then you’re made,
made first in the images
of your parents’ ideas,
fashioned according to their tastes
and styles and aspirations
while you’re much made over
and modeled to their designs.

Then comes a time when you take over
the make-over role
beginning to shape your own image
to reflect the manners of friends,
identifying yourself with new ideas
and ideals from a wider world,
or maybe according to your own
soul’s code, unlocking your true identity,
made up from before you were born.

THE SECRET OF COLLEGE
(Although I have never given a commencement speech or a valedictory address, about this time every year I get the urge to write one. Here’s this year’s.)


I believe that all too few of those students who graduate from college have actually learned the secret of college.

Most graduates remain bemused by the same beguiling reasons that drew them initially to attend college:
But only those true students who “get it” have discovered the simply stated secret of a genuine college education, the object of which is to know, think and perform more and better.

College is about knowing more and knowing better. The subjects of the various “academic disciplines” in college offer you the culled knowledge of “the best that has been thought and said in the world,” in Matthew Arnold’s famous phrase. Why settle for gossip, headlines, tabloid trivia, and hearsay when scholarship has worked to discover and determine the most valuable and dependable knowledge? Become a better scholar.

College is about thinking more and better. In college studies you can follow the model of your professors and mentors who teach you how to read, research, write and converse according to the manners and methods of the disciplines in whose discourses they are expert. Become a better thinker.

College is about practicing and improving your learning and thinking until your level of performance grows proficient, not only in the general skills of academic scholarship and in the acquisition of that general knowledge which befits a person of higher education, but most particularly with respect to your special fields of study, your major and minor subject areas. Become a better performer.

Which is to say: learn, think and act like a true collegian.

Posted by Alan Nordstrom at 9:23 AM

since feeling is first
who pays any attention
to the syntax of things
will never wholly kiss you;
wholly to be a fool
while Spring is in the world

my blood approves,
and kisses are a better fate
than wisdom
lady i swear by all flowers. Don't cry
—the best gesture of my brain is less than
your eyelids' flutter which says

we are for each other: then
laugh, leaning back in my arms
for life's not a paragraph

And death i think is no parenthesis