In the spirit of a new institute at Oxford University dedicated to studying “The Future of Humanity,” this course will direct and encourage your own inquiries along the “human frontiers,” rather than into the human hinterlands of history.

“Where are we heading? Where should we be going? To what extent can we become conscious co-evolutionists?” These are questions we shall pose, ponder and pursue. More than merely speculating, though, we shall investigate what credible leading-edge thinkers and their critics propound and argue about “evolution’s arrow” and the issues involved in further human and biotic development.

At the heart of our inquiries will be our efforts to realize that which is of greatest value to ourselves and others—the wisest ways to go.

Overview / Apologia
Humanity seems to be running or galloping or driving or flying or rocketing into its future faster and faster. But in what direction and with what foresight and wisdom?

Not very long ago, “the future” befell us, as it does all hapless species; yet in recent centuries our collective ingenuity has developed sciences and technologies increasingly capable of affecting Earth’s geotic and biotic systems, often with disastrous effects (such as the current BP oil spill).

The rapacity of our appetites is now depleting not only mineral but vegetable and animal “resources” around the world (as if we owned them exclusively). Rather than serving as caretakers of Earth, we now act like a cancerous growth ravaging the biosphere. Our shrewdness overshadows our sanity, and our collective insanity wreaks havoc on the planet. Our intelligence has outstripped our wisdom.

Thinking from the assumption that decisions and actions we human beings take affect the course of Earth’s history, and that we are capable of choosing alternative decisions and actions, it then behooves us to decide as wisely as possible how we shall proceed. Human history does not just happen; we make it, and we can make it better.

That is the Big Question this course seeks to answer. Knowing that through our increasingly sophisticated sciences and technologies we are becoming more powerful shapers of events on this planet, we need to cultivate discerning foresight and devise prudent plans respecting the actions we take, holding the welfare of the entire ecosystem at the heart of our concerns. 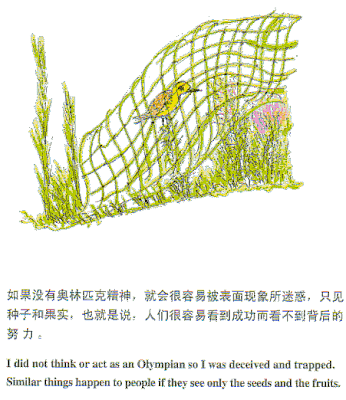 A human being, rightly seen, is not a being but a becoming and may continue so throughout its life unless it settles arbitrarily into a fixed identity, a stunted persona, fossilized before it dies.

There is no end or limit to human possibility, no state that cannot be transformed or transcended, if not in an individual, then surely in the species evolving over time.

In Theodore Roszak’s phrase, human becomings are the Unfinished Animal.

HOMO VALORENS
If “wisdom is the realization of that which is of greatest value to oneself and others” (Nicholas Maxwell), then the pursuit of value is our supreme human endeavor. What then constitutes value?

Value is our definitive human quest. More aptly than Homo sapiens, we are Homo valorens—“man the valuemaker,” or “man the evaluator”—and our quest is to find out and determine what is of truest and greatest worth and to achieve it.

Wisest are they who know that we are worthiest when we express life-fostering loving-kindness toward all creatures great and small, regarding ourselves as no more important than others: humble, generous, respectful, and reverent.

RICHESSE OBLIGE
I am one of the world’s highly privileged Haves.

Not that there aren’t many people who own more wealth and property than I, but with regard to the entire human population, I have been hugely fortunate in receiving resources, opportunities, support and encouragement throughout my life, only slightly because I may have “deserved” or “earned” a right to such preferences.

For such great good fortune, then, I should first feel humble gratitude but then assist others to receive similar benefits to offset the arbitrary misfortunes befalling them.

From those to whom much has been given, much is expected—blessings for blessings; for who can claim a right to greater fortune than another? 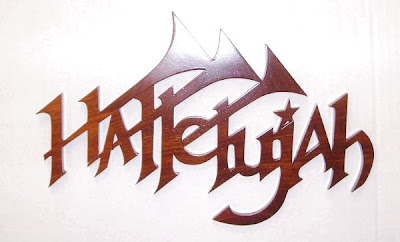 That day when everyone’s relieved of pain,
The mentally afflicted are made sane,
When no one solely works for private gain
Nor empties toxic fluids down the drain,
When no one out of hate or anger’s slain,
That day when something alters in our brain
And none acts haughty, naughty, vicious, vain,
Absolved at last of our inherent stain,
That day will human beings grow humane. 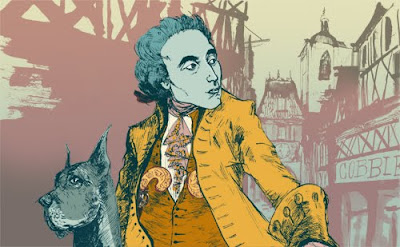 He thought himself blessed with the poet’s knack,
Though others knew him rightly for a hack
Who knocked off flimsy sonnets by the hour
Devoid of cunning, insight, grace or power.

The best that critics said, if they gave heed,
Was that, if nothing else, the man had speed
And was inordinately apt at rhyme
Though less than deft at metrics sometime.

And he was out of time another way
Straddling two modes of old poetic play,
The Elizabethan and Augustan styles,
His rhymes not interlinked but stacked in piles.

The couplet sonnet marked this poetaster
As one born not for fame but for disaster. 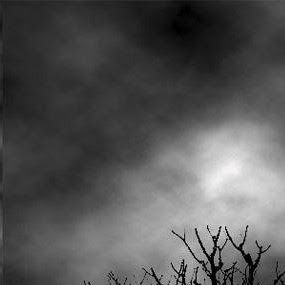 A fearful realist, she peered into the void,
Unable to resist its Siren call—
In that abyss, where everything’s destroyed,
She saw the end of all she loved, the fall
Of joy, security and hopefulness—
She knew despair. What faith she ever had,
A bubble burst, consumed by her distress,
Gave way to desolation, bleak and sad.

Is there no resurrection from the death
Of spirit and the darkness of the soul?
What inspiration can restore the breath
To one so desolate and make her whole?
Conspiring with her soulmate through this night,
Conjoined with love, she found again delight.

Though favoring serenity and poise
Above frenetic pulse and boisterous noise,
He would at times indulge dithyrambically
In passionate irregularity
Letting his verse go
jazzy with pizzazz
In funky beats and rhythmic
razzmatazz. 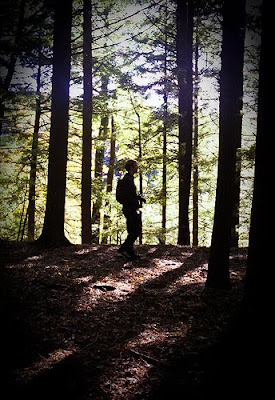 Self-effacing, egoless and kind,
For neither conflict nor for rule designed,
He rather traipsed through Nature’s woods and meads
To find where hummingbird or linnet feeds.

A child of wilderness, yet tame of heart,
He chose in solitude to live apart
From busyness and craving, toil and pain,
An equal friend of sunshine and of rain.

What came he took with equanimity
As his just lot by karmic symmetry
But lent his hand to others in their needs
And taught by deeds how selflessness succeeds.

His single purpose was to live aligned
With clear directions of the cosmic mind. 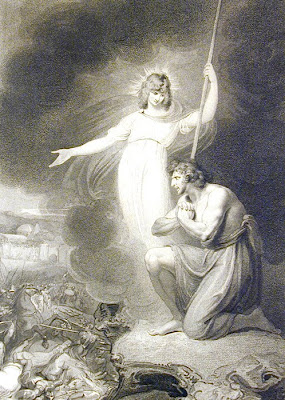 THIS IS YOUR BRAIN ON MILTON
One of the major challenges of Major English Writings I is linguistic. In this course you will be exposed to varieties and complexities of our English language beyond what you are likely to have encountered. It will not be easy for you to struggle with the Middle English of Geoffrey Chaucer, the “Father of English poetry,” but in three weeks, with the help of our well-annotated Norton anthology—if you apply yourself—you’ll break through to the delight of Chaucerian wit and insight.

Likewise, the antique and oblique language of Spenser’s epic Faerie Queene will puzzle first, then gradually enchant you, once you submit to its captivating complexities.

John Donne’s paradoxical wit, dense with metaphors and metaphysical curiosities, may strain your brain initially, but will in time reveal a clarity discovered by your attentive and patient inspection as you anatomize his intricate imagination.

Christopher Marlowe’s “mighty lines” of dramatic iambic pentameters, which elevate the intellect of the aspiring Doctor Faustus, beg to be read aloud, and doing so will fill your mouth with eloquence such as you have never yet uttered.

Francis Bacon’s essays on sundry subjects, from envy to revenge, demonstrate a breadth of curiosity and intellect, as well as a compact intricacy of prose syntax that will stretch and flex the synapses of your neo-cortex.

Finally, John Milton’s magnificent Paradise Lost will sweep you from street talk into a cathedral of epic language resonating like a pipe organ bellowing Bach.

How much of all this linguistic prowess will rub off on your own writing may not be known for years to come. But to the extent that your neural pathways have been exercised by accommodating to novel, intricate, and nuanced modes of speech, such facility lies more within your reach. 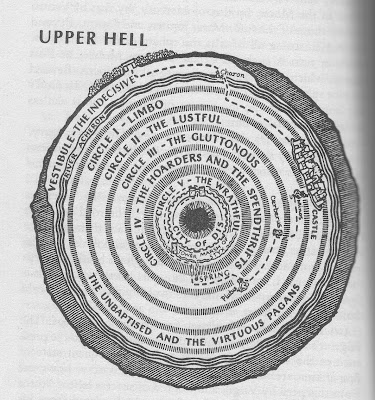 In ever-tighter circles in his brain
His thoughts revolved and dug a deeper groove—
Again he told his stories, and again,
As if by repetition they’d improve,

Except that he’d forgotten that we knew
Them all by aching heart and pestered head,
Held captive to his narrative review
Until at last he'd dim and lose the thread.

Some kind of hellish circle that must seem,
Condemned forever to retrace your track,
Imprisoned in the bubble of a dream
And seeing by degrees your brain go black.

Lord, spare us from dementia such as this—
Are we not made for wisdom and for bliss?

At last we may now realize
We’re too soon smart and too late wise,
That so much knowledge serves to make
Our neighbors fear and planet quake.

All species had adapted well
To fitting niches where they dwell,
Till we emerged with so much power
To oust them from cave, branch and bower,

And we became a predator
For all of nature to deplore,
Disruptor of the ecosphere
And bane of kindred species here. 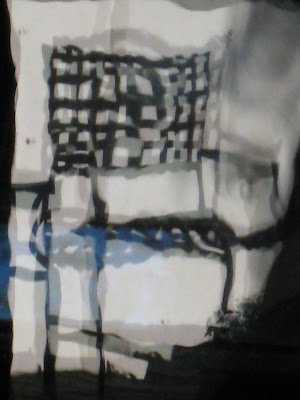 Fearless is no way to live,
No more than panicked is,
For he who’s reckless soon finds out
Calamity is his;
Yet better to be calm, serene
Than in a constant tizz. 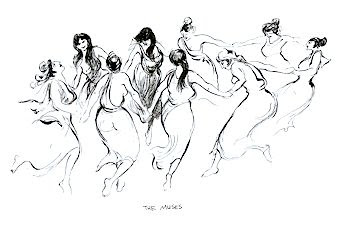 IT CAME TO ME

It came to me, while sitting quietly,
A gift of thought that would not otherwise
Have sprung to mind or found its way to be,
And only through such quiet could arise.

Which is why I sit regularly to scan
The dim horizon of my brooding mind
To see what thoughts may hatch and, if I can,
Turn them to words with sound and sense aligned.

It came to me from who knows what abyss
Of seeming nothingness, subconscious void,
And yet the source of insight and of bliss
(To better know, I’ll study Jung and Freud).

Meanwhile, I’ll posit that some kindly Muse
Brings me each morning such delightful news.