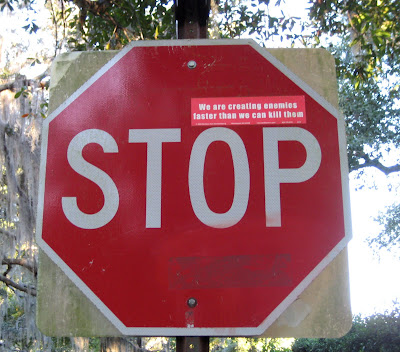 Posted by Alan Nordstrom at 5:35 PM

Prologue
What a wondrous time it is to be traveling aboard Spaceship Earth, otherwise known as the Spaceship Human Enterprise! How amazing and exciting to be a member of our enterprising human species just as we are breaking free of so many previous constraints of ignorance and inability keeping us both Earthbound and mindbound, except in our venturesome imaginations.

In only my lifetime have we propelled ourselves off our planet and traveled to our moon, and then shot robot probes to Mars and detective instruments to the far reaches of our galaxy, delving as deep as to the origins of this universe itself.

Then, even on Earth, many of us have become globetrotters, or rather globedashers, while millions more have learned to negotiate the World Wide Web of nano-communications, zipping around networks of information superhighways nearly instantaneously.

Wow! Astounding! And think what’s next: what new potentials of personal and scientific and technological development lie just ahead to be revealed and employed for extending the reach of our achievements all along the human frontier.

Now is the time of adventure, exploration and advancement that our earliest visionary scientists like Francis Bacon could barely dream of. Although our hugely enhanced powers make this the most exciting time to be alive, they also make it the most perilous (aside from periods of natural cataclysms caused by asteroids, volcanoes or pandemics).

The central inquiry of Rollins’ Human Frontier program, which aims generally to explore trends and tendencies of possible human developments, probes specifically into those values most likely to serve us and our biosphere best: Wise Values, let us call them.

Most urgently, we might call them “Survival Values,” since those various and conflicting values now directing the vagrant course of our toxically potent species seem to be leading us toward catastrophe.

Although both a Declaration of Universal Human Rights and a Global Ethic document have been prominently proposed, they have gained little traction in guiding the sentiments and actions of most people.

Therefore, the prime project of students pursuing the Human Frontier general education program is to articulate what best constitutes Wise Survival Values and to determine how best to promulgate them worldwide, overcoming the entrenched opposition of unwise creeds and ideologies.

Our present challenge as a species, whom we’ve named hopefully Homo sapiens, is to grow more sapient and sane—and quickly—so we might wisely use our potent knowledge and our ever-extending capabilities to the benefit of the amazing endeavor we now realize we’re bound upon, as our tenuous human enterprise traverses space and time toward infinity and eternity. Fellow named Ansel called the other day
from Forest Lawn in Buffalo to say
some cemetery plots had just become
available, and since that’s where I‘m from,
I just might like to come back home to rest
near where my parents lie in urn and chest,
and since cremation’s now the common style,
the trip is cheap. I couldn’t help but smile.

He was, as you’d expect, solicitous,
his manner sober and lugubrious,
yet somehow comforting, until I thought
just how do cemetery plots once bought
“become available”? Have they moved on
who once lay there, and where now have they gone? What kind of house have you made for your mind to live in? How is it arranged, appointed, and furnished?

You do as much for your bodily needs—why not for your mind’s needs?

If, as they say, your mind is a terrible thing to waste, then is it not lamentable to let it languish in poverty of circumstance, unprovided for in whatever helps it to grow, develop and function optimally?

What, then, does your mind need to be well accommodated in a place where it will thrive?

First, your mind needs to be recognized and valued. Yes, you have a mind. Yes, it can grow stronger, keener, and more capable. And that’s all to the good, because to be mindful rather than mindless helps you survive at the least, and live wisely at the best.

To be strong minded rather than weak minded is an obvious advantage in a world of competition for resources, just as it is to be mentally disciplined instead of absent minded.

What is education intended for most fundamentally but to shape and shape up your mind, to add new rooms to what should become your mental mansion: a room for contemplating, a room for imagining, a room for writing, another for calculating, for designing, for building, for enjoying (such pleasures as music, dance, art, literature), and rooms for congregating with like-minded and other-minded folks.

The point is that you don’t study subjects for their own sakes, but for how those subjects affect you subjectively, how they alter your mentality, reshape your mind. Your educational job is to cultivate your mind. Keep your eye not on your report card or your transcript but on your thought processes and on the well-functioning of your brain.

No brain, no gain.