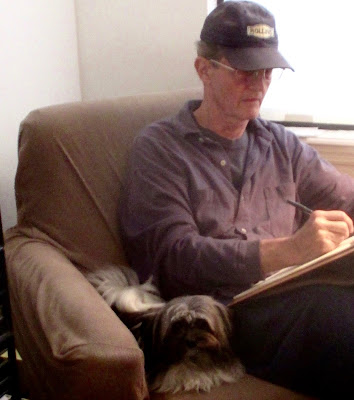 There’s little that’s haphazard in my day:
It’s patterned tightly, like this sonnet’s form,
Proceeding in a regimented way,
All things accommodating to a norm.

And yet in this, a paradox is found
That by this seeming onerous constraint
I am more liberated than I’m bound
Can I but show the patience of a saint.

For form inspires versatility
And leads me where I wouldn’t think to go,
Discovering what waits in latency,
Making as yet un-thought ideas flow,

Which now this sonnet newly demonstrates
While this phenomenon it contemplates. 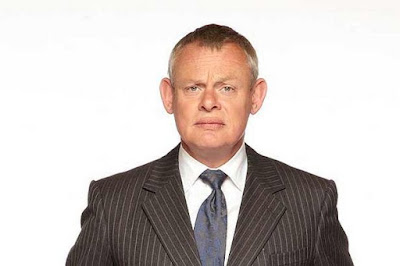 You’ll never see Doc Martin flash a smile:
The best his visage registers is grim.
He might tell you it’s an excess of bile
Or just his disposition to be prim.

So how Louisa fell for him is hard
To fathom, though his rectitude appeals;
He’s quite the opposite of Abelard
And of the sort who rather thinks than feels.

And yet, his diligence and rectitude,
Apparent in each weekly episode,
Are recompense enough for his being rude
And for the bristly brusqueness of his mode.

Though he’s a hero who is clearly flawed,
After each episode you’ll still applaud. 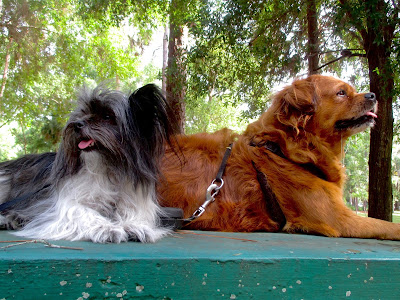 Our two dogs have their special traits and ways,
Quite different, and yet compatible:
Tiggy is the one who frisks and plays,
While Gyp, the elder girl, prefers to mull,
Her chin on her front paws, lounged in a chair;
And yet they’re best of buddies—except when
I’m tossing them some treats for both to share,
Which I soon found I shouldn’t do again—
“Food before friends,” I quickly learned, is true,
An ancient jungle rule that still applies.
But otherwise, there isn’t much ado,
Not games as, say, two kittens might devise.
We think of them as children, much adored,
While they of us: M’lady and M’lord. 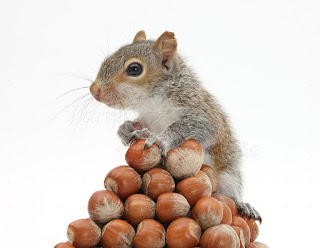 First off, it’s running to the yard to pee,
And then begins the hunt for errant squirrels
Who wait for nuts I toss abundantly,
To the delight of our two frisky girls.

And Tiggy, though she knows that I have treats
Appropriate for her, prefers the nuts
And rather’d keep the squirrels from their own eats
By scampering after their fleet fuzzy butts.

Then they come in and eagerly await
The Greenies and the Jumbones I hand out,
Which usually aren't quite enough to sate
Their appetites, so I’ll soon hear a shout.

“All right, all right, you girls—just one more each.”
They’re glad to know I’ve learned what they’ve to teach. 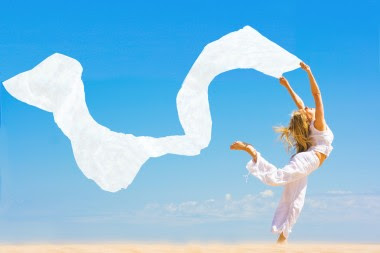 The evanescence and fragility
Of life makes every day a precious gift,
An opportunity for ecstasy,
Showing the folly of a life adrift. 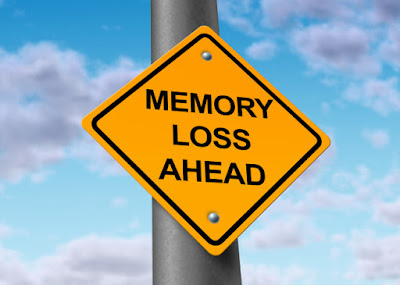 Let’s see—what was it I was going to say?
Oh yes— it’s something about memory—
About the mental test I took today
For my retentional capacity.

I’m sad to say, I did not do so well,
While quite a few times even drawing blanks:
The more I did, the stronger grew the spell,
A run, it seemed, on my poor memory banks,

Although I’m taking medicine for this,
It hasn’t kicked in yet or quite enough,
And something’s cerebelically amiss:
Still, though, this poem shows I’ve the right stuff

To keep a beat and conjure ringing rhymes,
Though otherwise, it’s not the best of times. 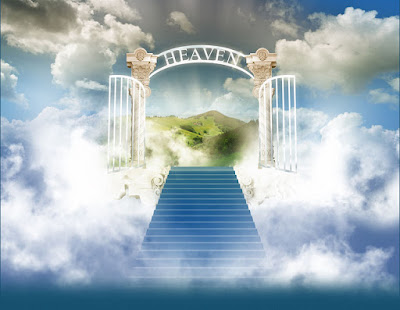 Last night in bed, ostensibly asleep,
I somehow took a transcendental leap
Then waked enough to know that I’d gone Home
And made a note for now to write this poem.

Regrettably, that vision has all fled,
Except for thinking that I then was dead,
Which seemed to be a most delightful state,
Far more than I could grasp to contemplate.

The upshot was a surge of confidence
That when at last it’s our turn to go hence,
We’ll find indeed a paradise of bliss
Beyond discovering in a world like this,

Although improving what we now find here
Is an imperative that’s surely clear. 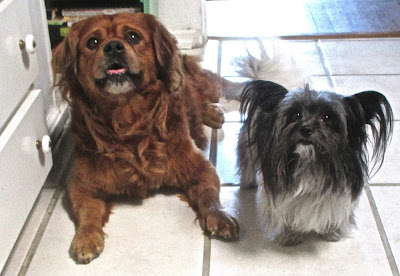 The kind of love this little dog inspires,
Who’s lying now between us in our bed,
Is such of which this couple never tires,
Who love to pet our furry quadruped.
She’s Tiggy, and she craves to sleep with us
Between our pillowed heads much of the night,
But as the dawning day grows luminous,
And prospects of adventures come in sight,
Tig makes her move to roust me from my sleep,
Get up, and throw treats to the braying squirrels
While she scarfs up a few peanuts to keep,
And Gyp’s now come along, so both our girls
Begin the day by frolicking about
Our yard—happy at last the sun is out. 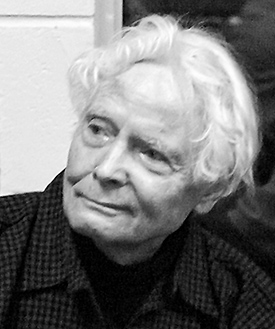 “You never know where poetry comes from.
The more ittakes you by surprise, the better it is.”
—W. S. Merwin


“All right, O Muse—surprise me once again:
Let’s see what fourteen lines will soon reveal
I thank you now for what you’ll give—amen.”
I’m confident this won’t be an ordeal . .  . 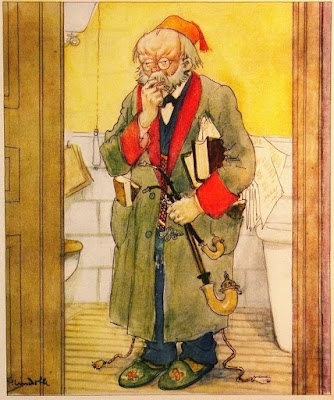 It’s close now to when I should be retired:
It’s clear some faculties are fading out.
Perhaps too many brain cells have expired,
Although there are some feats I still can tout.

I still produce a poem every day,
And surely that displays cognitive skill,
And such a feat may hold decay at bay
And more effectively than some nerve pill.

Since I’m forgetful and repetitive
While teaching class, it may be best to leave,
Attending more to what I yet can give,
Not hoping for miraculous reprieve.

I’ll concentrate on where I still have strength,
Scribing my scroll of poems to greater length. 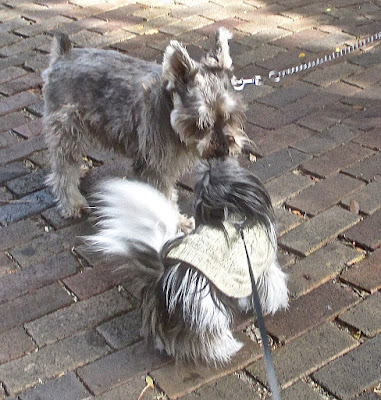 Now there goes Tiggy, bouncing down the stairs—
The happy flashing of her lustrous tail
To any gazing spectator declares
She’s blissful as a bunny on the trail

And eager to begin this dawning day
By racing round the back yard chasing squirrels
As Kimmie throws out nuts, and quickly they
Elude poor Tig and nab what Kimmie hurls.

As consolation, though, Tig grabs a few
To bring back in the house, and then we must
Negotiate a trade: a Greenie to
Entice her with a more nutritious lust.

And so each day begins, hearty and hale,
Till sleep once more at last calms Tiggy’s tail. 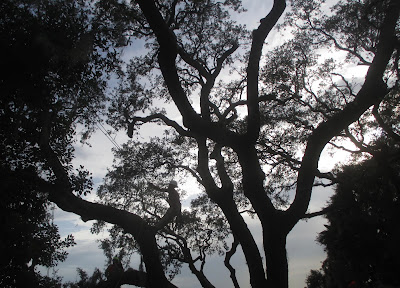 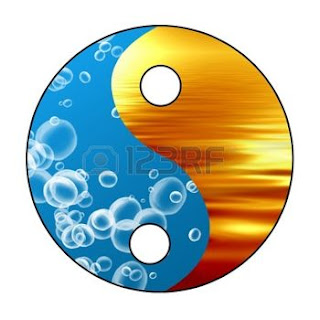 A state of mind to prize is being serene,
Ostensibly the opposite of being keen,
Yet when you write a verse, you need to be
Both at one time to master poetry:

It takes serenity to find a theme
But then sharp focus to stay on the beam;
Oxymoronically you exercise
Opposing modes to win the prize. 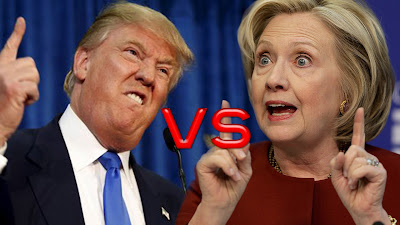 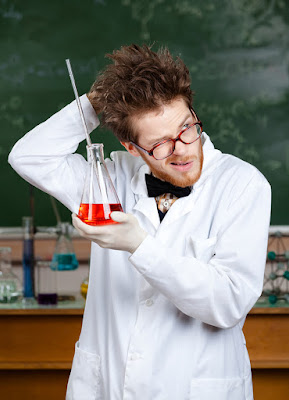 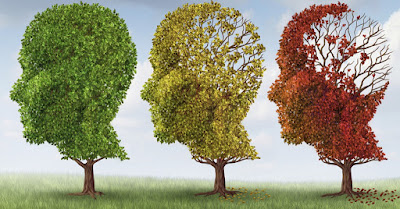 Now my neurologist has made it plain
That something’s gone awry within my brain:
Dementia at an early stage seems clear,
And over time more symptoms may appear,
So my career of teaching soon might end
Because my memory’s gone round the bend.
The best I’ll hope for’s that the course is slow
And that my knack for poetry won’t go—
In fact perhaps this daily stimulus
Of making metered verse will prove a plus
And help retard cerebral decline,
An exercise in sound-and-sense design.
Now, otherwise, I’m vigorous and sound
And aim for some long time to be around. 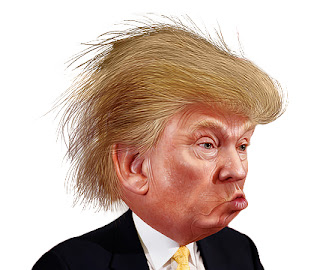 That Donald Trump’s a certified tycoon
As well as a political buffoon
Just shows that private enterprise,
While it takes smarts, won’t prove that one is wise. 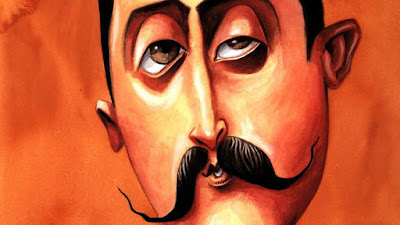 I start each day being placid and serene,
By sitting in my half-cocked easy chair
With eyes half closed and mind both calm and keen
While waiting for a subject to declare
Itself as promising for poetry—
Some item from the news or past event
Still vibrant and alive in memory
Perhaps aroused by a delightful scent
(As was the case with Proust), or by a note
I’ve scribbled in the night while still in bed
Or by some mastermind’s provoking quote
Or by an article I’ve lately read,
And nearly always something comes to mind.
No masterpiece, but something of this kind.