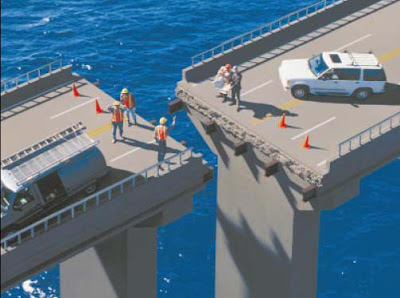 By writing’s how I come to terms
With all that comes to pass,
Whatever fates befall for good or ill.
It’s how I can compose myself,
Joy celebrate and sadness close.
Sometimes it’s harder though to realign
My heart and soul with fate’s design. 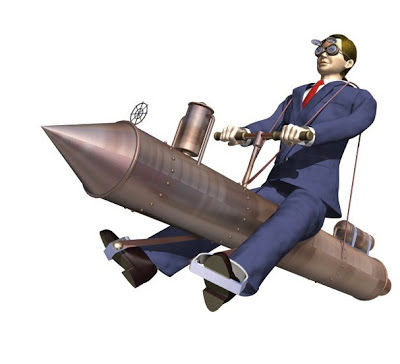 Though “Homo sapiens” is still a reach
(Implying wisdom should define our kind),
More modest Homo faber is our niche
Declaring it’s for making we’re designed.

As we ourselves are Maker made somehow,
We emulate that same creative power,
And in our turn seek also to allow
Some generation of our own to flower.

Perhaps in time we shall grow sapient
And our inventions prove supremely wise,
Though now it’s folly that’s most evident
In most of the contraptions we devise.

If we can make less trouble, that’s a start;
Though wisdom is a stretch, we may grow smart. 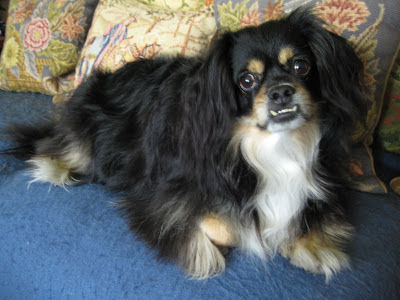 If there’s no heaven, then there ought to be,
If not for people, then for precious pets
Whose innocence has earned posterity,
Whose love no grieving human being forgets.
Our dogs and cats are teachers of our souls:
Like children, they have needs we must attend
Inclining us to assume caretaking roles
And as we do, we cultivate a friend
Whose loyalty exceeds the human kind,
So often fickle, selfish and untrue;
Their steadfast hearts are otherwise designed,
For once you’ve earned their love, they’re true to you.
I say there is a heaven for such friends
Where their love’s radiance shines and never ends.
. 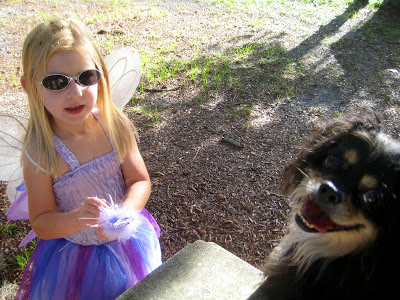 The love you gave to me, now give to Kim,
The one who brought me to you years ago.
I send this message by a Seraphim
Who’s now adopted me and flown below
To whisper in your ear while you’re asleep
The lesson you most keenly need to learn.

It’s nothing esoteric, nothing deep,
And yet it is your ultimate concern:
The love I eagerly bestowed on you
With frisky yips and joyful, wagging tail,
By cuddling close and gazing on you two,
Is now the remedy that shall avail.

Though you miss me below, know I’m above
Reminding you what I taught you of love. 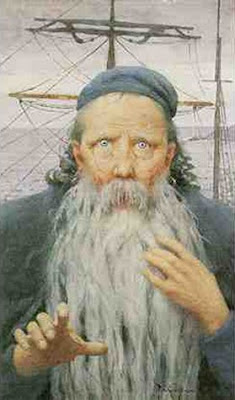 Some days before he died, my ancient friend
Apparently was musing on his end:
“What bothers me,” he said, “is I don’t know
My destiny.”  “You mean, how long you’ll live?”
He did not say, so I’m not positive.
At any rate, the question now is moot:
He’s gone and I’ve no notion on what route
His wafting ashes fly.  If he survives
This world, and somewhere else his spirit thrives,
He’s given me no sign I’ve recognized—
Unless this verse’s course is supervised
And prompted by his presence in my mind,
A ghost with which I’m mystically aligned. 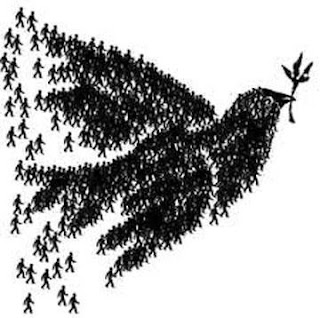 Let’s assume, as do Paul H. Ray and Sherry Ruth Anderson in their book Cultural Creatives: How 50 Million Americans are Changing the World, that people can indeed re-cultivate the cultures that grow them into who they become.

Grant that our cultures shape us to a great degree via the language, customs, beliefs, mores and laws of our respective societies, to which we subscribe, often uncritically and unconsciously.  But to MLK III’s point, sometimes we may wake up from those cultural spells that bind us and may recognize that some of the behavioral patterns molding us do not serve the world wisely, or even serve us well ourselves.  The glorification of violence to achieve dominance over others is the example to which King speaks.

In a civil society, civility rules: respect and not coercion prevail, to the greatest possible extent.  Because citizens participate in creating the rules and laws by which they are to govern their own behaviors, there should be little reason to feel coerced to do what is acknowledged to be reasonable and wise.  This it the essence of participatory democracy.

A key distinction must be made between force and violence within a culture.  While in any group of people there will be contending motives and intention—forces for this, and forces for that; such urgent opinions and causes must be judiciously arbitrated and wisely reckoned, lest chaos overwhelm civility and violence erupt.

Therefore, “to create a culture of nonviolence,” though no easy feat, seems not only reasonable but imperative, not just locally but globally.  A Global Wisdom Culture (a term to Google) is premised upon such a principle, the same principle enshrined in MLK. Jr.’s “I Have a Dream” speech: “Again and again we must rise to the majestic heights of meeting physical force with soul force” and “to transform the jangling discords of our nation into a beautiful symphony of brotherhood.”

A culture of non-violence would not tolerate the use of aggressive and harmful force, nor countenance the hatred and wrath that foment violence.  As Mohandas Gandhi famously said: “There is no way to peace; peace is the way.” 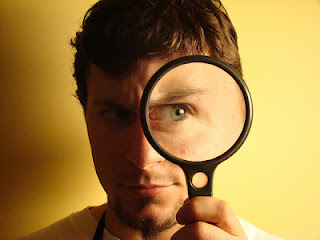 Who is your true essential self—True You,
Who by an older language is called soul,
That innate destiny you must pursue
If you would realize your fated goal?

By such a reckoning we all are bound
Upon a lifelong journey to find out
The special purpose of our earthly round
So often hidden in a mist of doubt.

You might deny this all as poppycock,
The superstitious musings of a fool
Deserving to be made a laughingstock,
Yet maybe common sense is not the rule:

A higher law than reason may ordain
The way lost souls can Paradise regain. 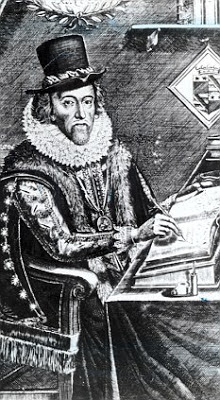 To write an essay on the subject “Of . . .”
As Francis Bacon taught us how to do—
Of Studies, Of Adversity, Of Love—
Is an attempt that’s worthwhile to pursue.
What better way to seek and then to find
In memories, dreams, reflections as you sit
And ruminate the matter in your mind
Those terms and phrases that are meet and fit
To capture your emerging thought and frame
Perceptions and ideas unconceived
Till then, yet worthy of the world’s acclaim
And ever after honored and believed?
To essay, then, is more than just to try;
It shows not only What and How, but Why. 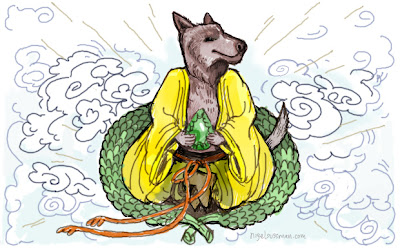 DOG/GOD
A dog to a dyslexic is a god,
But most of us who have one think so, too,
And if you think our reasoning is flawed:
We wonder what the matter is with you.
Do you not see who really rules the home,
Who shepherds all the family about,
Who has evoked from poets many a poem?
It’s dogs who master us; there’s little doubt.
So what’s to do but honor and obey
The rulers of our hearts and cede them sway. 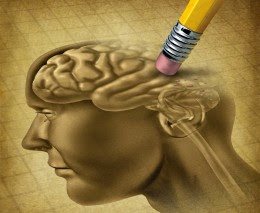 Lost in the ether of my aging brain
Are names that once came readily on command.
Some places, too, are slipping down the drain,
Locations that lay mentally at hand.

Call it a creeping fog that may obscure
More details day by day now sharp and clear,
Until at last, benighted, nothing sure,
I’ll be enshrouded in a cloak of fear.

The only way to spare myself that fate
Is not to talk as I am doing now,
Scaring myself until I then create
What I fear most.  It’s that I can’t allow.

The only way to clear my brain is to
Relax.  Then names and places come on cue. 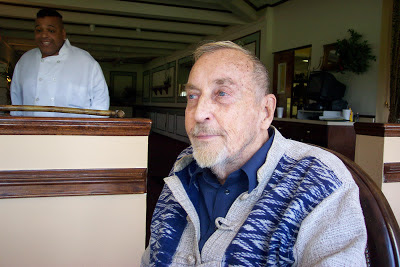 for HHH,
gone but not forgotten

Your spirit is your breath, your animus,
A vital force that lasts until you die
And then expires, as all that’s living does—
No need to wonder about where or why.

The spark that lit when you were first conceived
And lasts until expiring blows it out
Is gone for good, though many have believed
It still continues in the air about,

Or passes into an etheric sphere
Imagined as a hedge against despair
Where nothing’s ever lost that’s loved and dear
But cherished there with kind celestial care.

Not so, for all that anybody knows:
It’s only out of fear this myth arose. 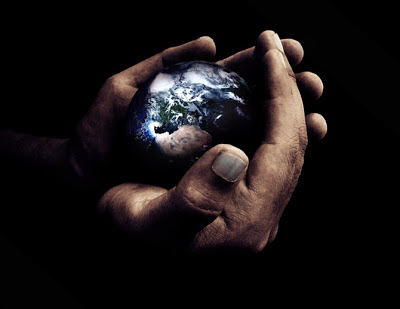 The root of all our woe is that we want
And thus pursue whatever we may crave,
If only for a token we can flaunt,
Becoming soon our greedy ego’s slave.

Though this is how most human beings behave,
No differently than creatures in the wild
Whose fierceness leads them to an early grave,
Another path’s revealed, a way more mild.

We come to see that craving has defiled
Our souls, and only that by letting go
Of lack, by which our ego is beguiled,
Can we be filled and lifted up, though low.

Assume then there’s a Providence that gives
What every faithful creature needs who lives.