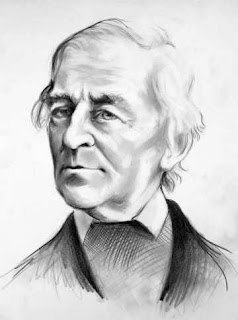 TRANSCENDENTAL
I’m not religious, bound by any creed,
But tied to That from which beliefs proceed.
I honor what old saints and sages found
Depicted as the Light with which they’re crowned.

Their aura of illumination shows
The transcendental spirit that arose
From their enlightened hearts and shining minds,
A kind of liberation that unblinds.

And what they saw I’ve since seen feelingly
Probing the Oversoul revealingly,
For which I thank Ralph Waldo Emerson
For leading me to such a luminous One.

Though that experience was long ago,
The radiance in my heart remains aglow.