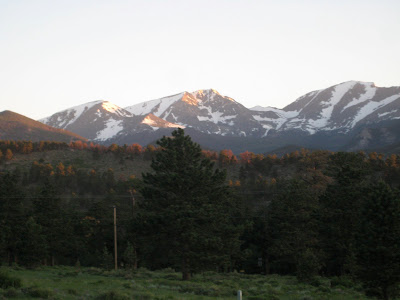 LITERACY AND LITERATURE IN PARAGONIA
I have ascended the mountain to find Paragonia, or a vision of Paragonia, or at least a glimpse of a part of it.

High in the Colorado Rockies, beyond Boulder, lies Estes Park and an exhilarating YMCA retreat center campus with acres of pine cabins and lodges, a dining hall, a general store, a chapel and plenty of undulating roads and trails from which to see the surrounding vista of green, forested hills and distant, snow-draped mountain peaks.

I went to lofty Estes Park for four days last week to attend a conference of English teachers and professors.  Our topic was “Teaching Literacy for Love and Wisdom,” an apt title for a group called the Assembly for Extended Perspectives on Learning (AEPL), because it would take such a far-out perspective as theirs to consider such immeasurable qualities as love and wisdom in the bean-counting realm of academia, where learning outcomes are weighed and calculated, and test scores are worshiped.

“Paragonia” is my name for an as-yet imaginary place that is neither a never-never Utopia nor an evanescent Brigadoon, but which shares with both a visionary hopefulness that this world of ours can glow and grow into a saner and more sustainable habitat for all creatures, great and small—human beings most especially, grown wiser and more humane.

What I found in Estes Park was a group of educators working to humanize their profession by proposing that education, in the area of “English” in particular, should address fundamentally the highest human needs for moral, ethical and spiritual development, and not simply literal literacy or the technical analysis of texts.

Literature should help to humanize human beings, opening our way to discovering the further reaches of our potentials, even examining and nurturing our souls.  Or so literature would, as would the teaching of literacy, in Paragonia. 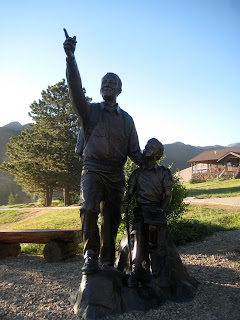 Posted by Alan Nordstrom at 2:09 AM