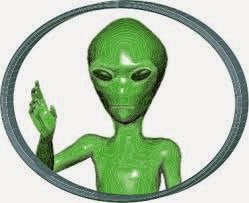 We must suppose within the vasts of space
That other living creatures have evolved,
Although as yet we haven’t found a trace
Of them—a mystery still to be resolved.

It’s simply the clear fact that we are here
In this small speck of the wide universe
Implies life elsewhere’s likely to appear:
The cosmic womb would yet again disburse.

That being so, why haven’t we as yet
Discovered evidence to prove as fact
That other life exists we haven’t met,
Except perhaps our fear of being attacked?

Let sleeping aliens lie, for if they come,
That’s it for us—it’s better to play dumb.