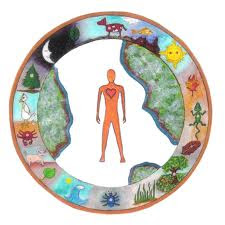 THE TRANSFORMATION
OF
HUMAN CONSCIOUSNESS

QUESTION:  If there were indeed to be a general “transformation of human consciousness,” as is sought for by Human Potentialists and other visionaries who forecast a New Age of Enlightenment—how then would people behave, and how would human societies function in what some have prospectively called a “Global Wisdom Culture”?

ANSWER:  Presumably, we would then be motivated by different values than presently prevail.

•    “Looking out for #1 would be altered to an active concern for the well-being of all, prompted by a powerful empathy and compassion, as if all men and women were beloved brothers and sisters.

•    Competition, conflict, antagonism, egotism, selfishness and greed would have been transcended and outgrown, replaced by the generosity of loving-kindness.

•    Attitudes toward work and productivity would be fundamentally reconceived; the object of labor is not to acquire wealth and goods for oneself and one’s dependents, and thereby to gain higher power and status emulously and egotistically.  Rather, people would voluntarily and generously contribute effort and skills to accomplish necessary goals to the benefit of all.  The idealism of “from each according to his abilities; to each according to his needs” would be justified in a Global Wisdom Culture subscribed to by people who have matured in generosity and whose egos have been tempered by kindness.  Assured that all reasonable needs will be met as fully and justly as possible, wise global citizens will accept their fair portions with equanimity.

But what of ambition, striving and initiative?  Are not those motives derived from egotism, the engine of enterprise, heroism and pride?  What of the human drive to excel, to exceed and to transcend, doing better and doing best—and thus winning glory and distinction?

Answer: individual pride will be subsumed in the collective victory for the human family.  The object of a human life is to find fulfillment in flourishing, a mutual enterprise in which we help one another to thrive spiritually, to become wholly-realized human beings as nearly as may be.

What does that mean, that ideal of a wholly-realized human being, a hero of humanity?  Until we arrive there ourselves and know directly, we’d do best to study the paragons of history, those men and women revered for their great souls, for their magnanimity—from all eras and cultures.  Who were the great ones, the sages and saints, the noblest exemplars of wisdom, both contemplative and active?

Let’s find them out and walk their ways.