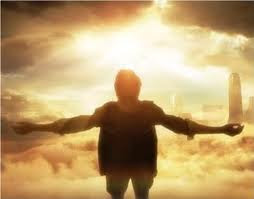 THE SPIRITUAL PERSPECTIVE
What would be the spiritual perspective of a Global Wisdom Culture?

Despite the denials of atheists and secular materialists, human consciousness appears capable of further reaches of apprehension, of transcending to higher orders of reality than what empirical science accounts for, as has been witnessed throughout history and deemed “mystical” or “cosmic.”

Yet are these states only delusional symptoms of disordered brain functioning in which mere fantasies and specters seem real?  Or are they evidence of comprehending a reality normally hidden from us but occasionally accessible, a “twilight zone” beyond simply dream and imagination—perhaps even the source of dream and imagination?

Instead of subscribing “on faith” to the creed of one or another established religion into which one may be enculturated as a child and catechized to believe, simply on the authority of the institution—would it not be better lo learn how to experience directly the spiritual source from which comes immediate, illumined experience and understanding of transcendental reality?  If it exists.

This would mean instructing people in the proven techniques of consciousness expansion such as prayer, meditation, contemplation, yoga, ecstatic dancing and other spiritual methodologies that induce states of transcendental awareness, even the use of “entheogenic” substances that generate the ecstatic bliss of spiritual insight and life-enhancement: healing, health, wholeness, and holiness—well being.