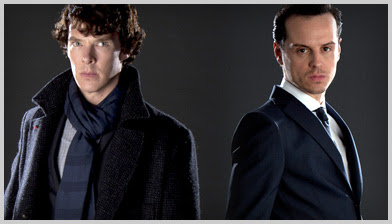 There’s no out-smarting brilliant Sherlock Holmes.
Not even evil Moriarty
A tenant in the devil’s catacombs,
And subtle master of conspiracy
Can possibly defeat Holmes’ prescient
Alertness to the faintest lingering clue
And keen awareness of his foe’s intent,
Revealing the true culprit to pursue.
However, this last episode has shown
The suicides of these two adversaries
In pools of blood and dead as any stone
And even Holmes’ tombstone by which John tarries;
But then a preview shows Holmes in the game
Again—a stunt to magnify his fame.