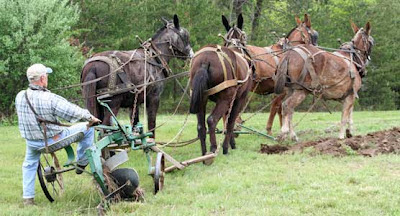 COLLUSION
Though you might think how strict the sonnet’s rules
Must be, constraining and confining what you say,
As if you plowed a furrow hauled by mules,
Making forced turns an arbitrary way,
Instead of freely turning where you will,
Being moved by whim or inspiration’s breeze
With no pre-set exigencies to fill
Of Rhyme and Meter’s tyrannous decrees.
Yet you’d be wrong to abandon such a form
Before you mastered it and found, to your
Surprise, that never-thought ideas swarm
To mind by some mysterious allure
The rules provoke to generate a mood
In which the poet and the form collude.