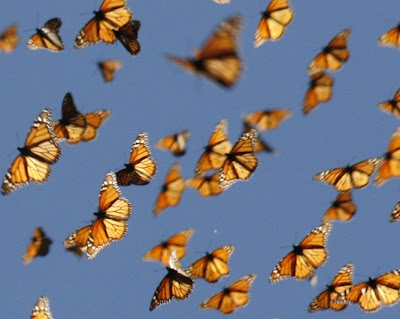 MONARCH
Two thousand miles, it wafts its weary way
From Canada to Mexico then breeds
To make a grub that’s discontent to stay
A caterpillar but has loftier needs.

That caterpillar makes a chrysalis
Depending from a twig and ripening
Until completing its new synthesis
Then bursts to show a new-made Monarch’s wing.

At last, with all its million mates, it waits
Until the winds are right for their return
Then leaps the gulf to the United States
Then back to Canada for which they yearn.

And thus their wondrous cycle of rebirth
Reveals the miracle of life on Earth.