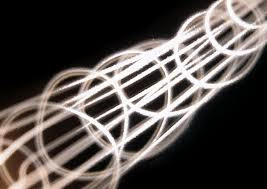 By the time a child born today grows to become a student in my Writing about Human Frontiers course at Rollins College, many things my students now speculate upon will have come about.

The centerpiece of our imagineering is the development of a Global Wisdom Culture we’ve dubbed “Paragonia”—not a fantastic Utopia, but a model society embodying the wisest values by which human beings may thrive on this thriving planet.  Here is my Paragonia in 2030.

The most revolutionary change underlying the transformative era in the next half century is the rise of Spirituality and the demise of Religion—the rise of elevating practices of psycho-spiritual development, once called “consciousness raising,” and the outgrowing of doctrinaire belief systems accepted on traditional “faith” and inculcated by authoritarian intimidation.

By 2030, via the pervasive power of communication systems accessible worldwide, human beings collectively will have achieved a higher level of common sense, informed by advanced sciences (physical, social and spiritual) that make the world of 2013 seem neo-Medieval.

We will have stabilized our population sustainably, with our natural fostering urges being satisfied in ways besides excessive propagation.  Our previous penchant for exploitation and domination will have been sanitized by education informed by humane values promoting cooperation and collaboration on common interests and mutual benefits.  Aggressive, acquisitive, exploitative behaviors are deemed pathological and regressive, even primitive.

Most distinctive in 2030 is the pervasive kindness and civility of human behavior.  Only a generation earlier it would have been ludicrous to suppose that the outrageous violence of the 9/11 era could ever be transcended: ethnic cleansing, terrorism, financial exploitation, plutocracy.  But the Big One finally brought inhumane humanity to its knees and its senses, waking us collectively to our radical sense of kinship and kindness.