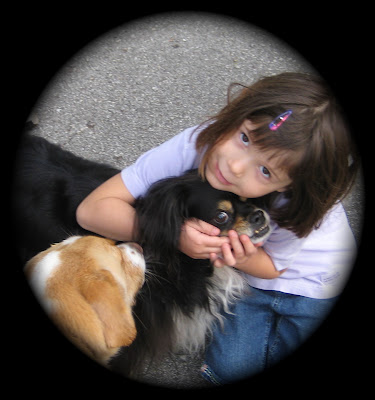 CONTEMPLATING COMPASSION
It’s one thing to come so far in your moral and ethical development that you acknowledge the inherent dignity in all other people, i.e., that you recognize and value the idea that, like your life, their lives are precious and deserve to be protected and sustained, and that this assumption of individual dignity is a basic human right. To do this much is the fundamental principle of ethics.

But it’s another thing to feel the truth of this right with respect not merely to your own family and friends and community at large—but to all people on Earth. To feel the “brotherhood and sisterhood” of all humankind, to feel universal kinship and kindliness, seems to ordinary mortals something that only the compassionate Buddha or the Divine Jesus could feel—to feel at one with the suffering of all others, which is what compassion means literally: feeling or suffering with.

Compassion, then, is the idea that we can care for others as we care for ourselves, and that to do so is our primary moral duty, as pronounced by the Golden Rule: “Do unto all others as you would have them to do unto you.”

What gets in the way of feeling compassion and acting kindly is, of course, selfishness, self-centeredness, egotism, ego. Instead of feeling with another, as if he or she were the same as yourself, you separate yourself from the other and give priority to your own needs and wants: “Me first”; “I’m looking out for Number One.” Generosity gives way to supremacy of self. In elementary examples, we see such behaviors in a dog that growls away another dog that’s coveting the first dog’s bone, and we see it when toddlers tussle over a toy. We all know the Me First feeling and often act on it. Yet we also know and enjoy the “No, no, after you" feeling of giving way voluntarily to another’s desire or need.

Competition and aggression versus cooperation and acquiescence: there are strong cases to be made for each attitude, and times when one or the other is arguably preferable. But the core teachings of the world’s traditions of spiritual wisdom agree on the essential priority of compassion in human relations: each must see the other in oneself, treating the other accordingly.

Probably the better way to phrase the Golden Rule is in the negative: “Do not do to others what you would not like them do to you”—because we all know what it feels like to be hurt or disrespected—and we don’t like that feeling. We can then empathize more easily with someone else who has likewise been injured or insulted. As our Mommies probably admonished us: “How would you like it if Sally did that to you? Huh, young man, young lady? How would you like that?

Confrontational moments like that might have first provoked compassion in our consciousness, might have given birth to our consciences. It was then we learned to draw an analogy between someone else’s suffering and our own, between someone else and ourselves. And that would be the birth of kinship and the sense of brotherhood and sisterhood, of seeing another person not as an object, as an it, but as a Thou to whom one is intrinsically related. “Thou and I are one” is the shattering of egoism and the emergence of altruism, of caring for others as you care for yourself, which is golden.

(Knowing this and doing this are not, regrettably, the same. It takes practice.)