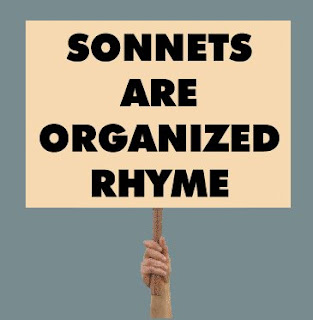 DON’T GO THERE!
Well versed about the art of sonnetry,
He set about to write another one,
Not one about romantic fantasy,
Since that old topic has been overdone,

But, for a change, a song that sings of hate
Or disillusionment or something that
Reveals the cruel vicissitudes of fate,
Something unusual, not trite or pat.

Instead, he found himself in an old groove—
Writing a poem about the process of
Writing a poem, but not the sort to move
An auditor to like, much less to love.

Too introspective and too self-obsessed,
Such verses leave their audience distressed.