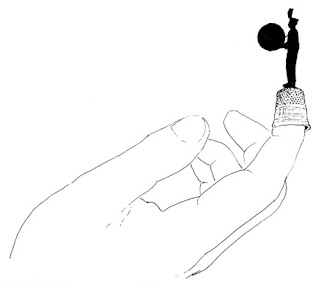 MINOR POET
A minor poet he was doomed to be,
Who never rose to ode or elegy,
And even less assayed the epic mode
But meekly minced about while great ones strode.

Some trifling lines he’d knock off when the mood
Befell him in a careless attitude,
But longer than a sonnet proved a strain
More than his feeble musing could sustain.

Too easily distracted, scatter-brained,
He blamed his fate on others and complained
That life intruded on his art too much,
Making him lose his focus and his touch.

Now what became of him we’ll never know,
For only those who rise stay here below.