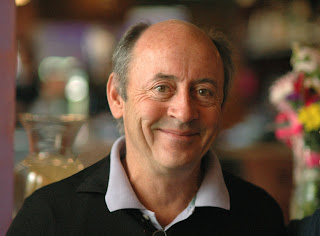 BILLY COLLINS GETS THE LAST WORD
In the Q & A session after Billy Collins’ poetry reading at Rollins’ Annie Russell Theatre on March 29, I asked him:

“What do you as a free verse poet think you may have lost by not employing rhyme and meter?”

Collins’ chief answer was “Trust,” meaning that auditors feel comfortable listening to the patterns of metrical poems as they unfold in expected ways.

What I was angling for, though, was what he might have lost that would facilitate his writing of poems, even though many people would suppose that free verse such as he practices is easier than using rhyme and meter.

The next day, I attempted to answer my own question thus:
WHY RHYME AND METER?
for Billy Collins
The rack of rhyme and meter seems to some
A torture, but to me a tool to plumb
The deep recesses of unconscious mind,
In which emerging poems are designed.
The rhythm’s like the pistons in a car
Beating away until its forward gear
Engages them kinetically to drive
Toward somewhere I’d not otherwise arrive.
The rhyme likewise accelerates my pace
And gives a coming line a certain place
To aim for, limiting infinitude
And making writing more an interlude
Than a laborious task of groping blind
And lost in tangled thickets of the mind.
His emailed reply, after I’d sent him my verse:

You should try it with the training wheels off sometime.