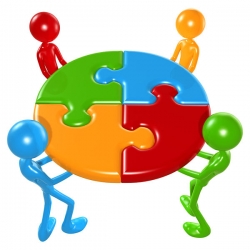 We think it good to excel, to rise to the top, to gain mastery and supremacy, as in sports or in business.

And yet we are morally wary or ethically dubious about those who exercise force or violence in sanctioned and regulated combat, for even armies are expected to obey “rules of war” and not commit “war crimes” (which sounds to some like an oxymoron).

How may it be possible to develop mastery and excellence without win-lose competition, without victors and vanquished?  Can all human enterprises be ordered by the principle of win-win, where the goal is to help all to succeed to the best of their potentials?

Although the “laws of nature” operate to cull the weak and exalt the strong, which serves to preserve the hardiest and best-adapted members of each species; those rules need not apply to human beings.

Even though dominance has prevailed through most of our recorded history (a male-dominated history of conflict and warfare, of invasion and colonization, of applying advancing technologies as weapons, turning plowshares into swords), even so, cooperation may prove to be superior to competition by putting fellowship above rivalry and association over aggression.

Competitive rivalry is still so engrained in our customs and institutions that it is hard to think outside of that box.  Nonetheless, how might we imagine and then move toward a society that is not essentially aggressive and conflictual, where self-interest and self-aggrandizement—looking out for Number One—is not primary?

How might we conceive of a viable society in which cooperation prevails over competition, partnership over rivalry, mutual benefit over monopoly?

Is that our next frontier?
*
Posted by Alan Nordstrom at 3:35 AM