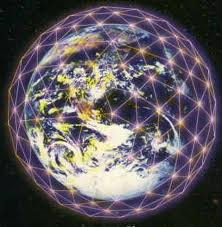 VISIONS OF THE HUMAN FRONTIER
Course Rationale
What will the world be like in ten or fifty years? We can guess, we can suppose, we can extrapolate, project and predict—but we cannot know. And we are most likely to be surprised in many ways, as we always have been.

Even so, many of us wish to know in advance what the future will bring and, in fact, many of our present wishes and hopes will shape the course of events to drive the forces that determine how matters evolve and turn out. The future will not simply befall us; we are helping right now to make it happen.

Why not, then, go about the business of creating the future more consciously, intentionally and wisely—to the greatest extent we can—though never supposing arrogantly that we hold all the cards? By becoming humble, hopeful and humane co-evolutionists, collaborating prudently with the forces of nature, we may hope to add our expanding intelligence and agency to the other factors that determine the state of Earth’s biosphere and (if Teilhard de Chardin is correct) noosphere—the mental coding that affects earthly events.

Such is the premise of this course: that it is a worthy academic enterprise to envision a desirable future for human beings and other Earthlings, a future that happily accommodates our ever-burgeoning consciousness and our capacity for effecting events at will—or willfully. Because our species has long been inclined to domineer over other (presumed lower) species, it is important for us to reconsider our motives and actions in the world at large and determine if our collective past properly represents our highest potentials for thriving within a flourishing ecosystem.

We will do well in this course if we can radically examine both our past and our prospects, prospects that at present seem tenuous, owing to humanity’s imperious attitudes and ideas. Our very worldview—or that expressed by Earth’s most powerful inhabitants—is arguably askew and in need of revising. Many thinkers now believe we must transcend prevailing conceptual paradigms and make a profound mental shift as radical as that which Copernicus introduced at the end of the Middle Ages. The era of modernist, materialist scientism (potent and revolutionary though it has been) must now concede supremacy to a more comprehensive and wiser perspective that fathoms deeper than the classic physics of matter and energy and connects with the ultimate source of consciousness, which some call spirit.

Therefore, this course, Visions of the Human Frontier, aims to attend closely and critically to reasonable sources that challenge current orthodoxies and present alternative paradigms or emerging worldviews. Think of this course as a search for, a scouting out of hopeful passages to the future. Think of us as pioneers seeking promising prospects to secure a sustainable and thriving global ecosystem that promotes the flourishing of our highest human potentials, the evolution of our species toward optimal functioning, toward realization of the grandest capacities and capabilities we can grow up to express.

As futurist Marilyn Ferguson once said, “Our past is not our potential.” It thus behooves us in academia to explore what may be possible and to promote our own wise evolution.